Why story follows state – how your nervous system impacts your thoughts 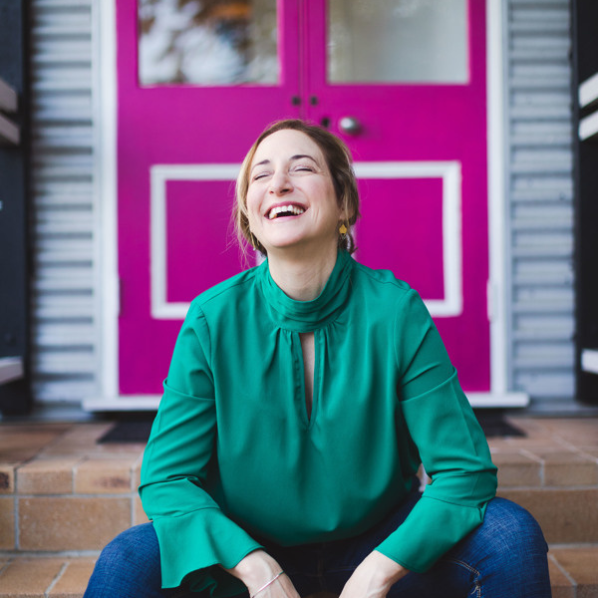 Understanding what goes on in your nervous system, and why you are feeling certain physical sensations, or having certain thoughts when you are anxious, can be really empowering for people.

That your nervous system is always trying to protect you, those physical sensations seem less scary.

That ‘story follows state’ i.e. that the content of your thoughts will be impacted by the nervous system state you are currently in (and that you can change it) – those negative thoughts may seem less overwhelming.

That there are a lot of simple things you can do to alter the state of your nervous system – movement, breathing, using your senses, changing posture – you are more empowered to calm yourself.

Polyvagal theory – my non-sciency look at the latest in neuroscience

Your nervous system is always trying to protect you and keep you alive. It is taking in information all the time to decide whether you are safe or unsafe, whether you can be at rest or whether you need to mobilise.

We used to think that we had 2 distinct states of our nervous system: Sympathetic (fight or flight) or Para-sympathetic (rest and digest). So if you hear those terms, they’re not incorrect, there is just a more nuanced way of thinking about it now.

‘Poly’ meaning more than one. And ‘vagal’ – referring to the vagus nerve – named after the Latin word meaning to wander – because this nerve literally wanders all over your body.

Thanks to Dr Stephen Porges (the creator of Polyvagal Theory) and his colleague Deb Dana, we now know that there are three nervous states and lots of shades of grey in between.

Polyvagal researcher and educator, Deb Dana, conceptualises our nervous system as a ladder – because you can go up and down ladders, just as we go up and down between nervous system states. And because there aren’t just 3 rungs on the ladder – there are many steps in between, just as you can be somewhere between two states. You can find more about her and her theory here. 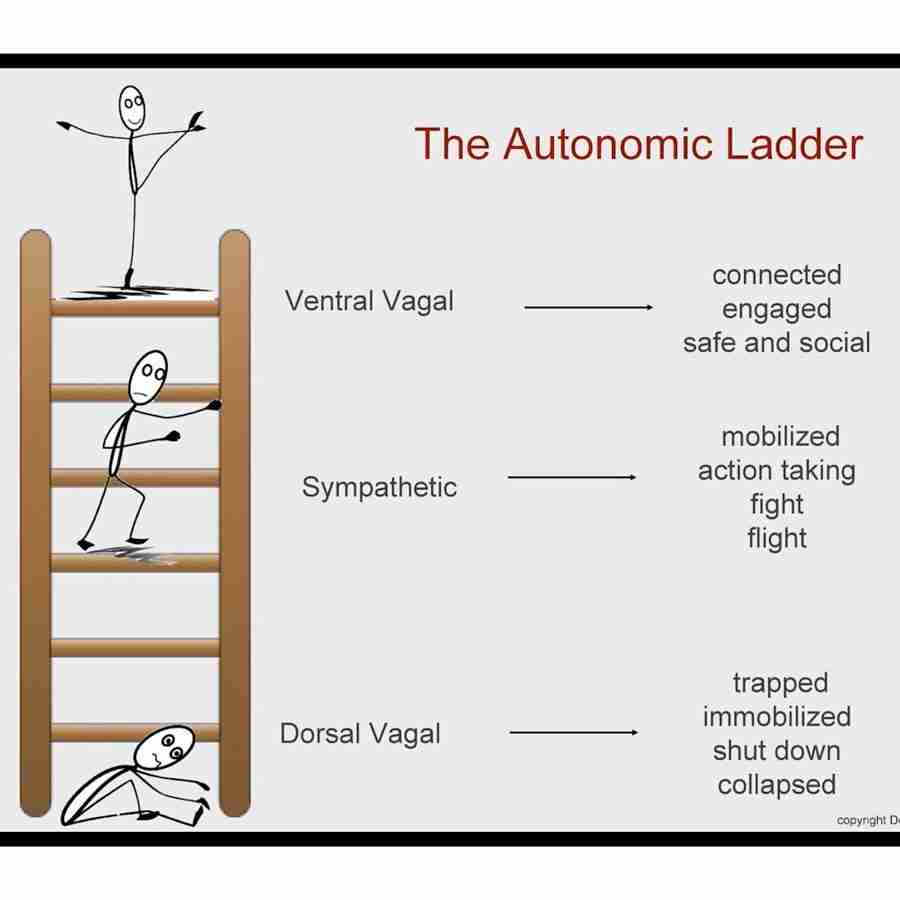 Everything groovy? You’re in a Ventral Vagal State

The ‘top of the ladder’ as it were. You’re feeling calm, safe and relaxed. You are able to concentrate on work, on what people are saying. You are happy connecting with people, you can play and your biological systems are all systems go (digestion, sleep, reproduction).  And you’re not being hijacked by negative thoughts.

This is where we want to be the majority of the time.

But then life happens… And our nervous system senses that something is not quite right, or we need to mobilise to take action.

Feeling like Tyson or Bolt? Sympathetic State (fight or flight)

Something in your external or internal environment has sent a cue to your nervous system that we need to take action (mobilise, move, play), or perhaps something is not right. Broadly, you have two choices: fight it or run away.  When the alarm bell has been rung you may feel:

Unsafe or uneasy. You may find sleep difficult.

You may lose your cognitive abilities (being able to speak clearly and communicate your needs, write that report or read that book. Or you may find yourself loosing your keys etc).

Physical symptoms like your heart racing; short, shallow breaths; shaking arms and legs as noradrenalin and cortisol flood your system, nausea as neurotransmitters make their way into your stomach.

Your nervous system is preparing you to mobilise energy to your muscles so that you can get the hell out of there or fight off a dragon.

Your nervous system does not differentiate between something right there in front of you and a situation you are just thinking about.

Frozen like a snowman? You’re in Dorsal Vagal State (collapse, freeze or fawn)

We go into this state when our nervous system decides that the threat we are facing is too big for us to either fight or run away from.  We go into a state of shutdown, zone out, dissociation, withdrawal.

In a frozen state you may look motionless from the outside, but be fizzing with adrenaline inside – waiting for the danger to pass so that you can sprint away. In a collapsed state you look motionless and also have no energy – it’s all too much. Fawn

Cognition is offline (so no capacity to think or make decisions).

Sympathetic response is offline (no fight or flight response).

There are more than 3 rungs on the ladder

It’s not a case of being in either this state or that state. There are many rungs in between on that ladder. So you could actually be hanging out somewhere between two e.g. mostly relaxed but a teensy bit on edge or hypervigilant.

The nervous system states are neither good nor bad

The nervous system states are not “good” or “bad”. They just are. It’s just your nervous system trying to keep you alive. Additionally, some of these states feel pretty good.

A mixture of Ventral and Sympathetic State is ‘play’.  In order to play tennis for example, you need to be mobilising energy to the muscles so you can move really fast and your senses will be highly alert to the location of the ball, the direction of the wind etc.

The opposite would be a mixture of Ventral and Dorsal where you feel happy but kinda snoozy and shut down. I feel like this after a massage, or when I’m meditating.

‘Story follows State’: your thoughts are impacted by your nervous system state

It’s important to understand that the thoughts you have and the story you tell yourself about a situation is dependent upon the nervous system state you are in.  Deb Dana has the handy catchphrase ‘story follows state’.  Here’s an example:

When I was overseas recently I missed six weeks of Flamenco choreography. It’s a lot of steps, a lot of twists and turns. Tired and jetlagged on my return I was in a mixture of sympathetic and dorsal nervous system state. I felt completely overwhelmed by how much I had missed out on. I was stressing out (sympathetic) and at the same time my thoughts were focused on: “This is exhausting. There’s so much to learn. I’ll never catch up.” (dorsal collapse).

Movement, rhythm and breathing can alter your nervous system state

I get you to move and breathe in your sessions because posture, movement especially rhythmn, and breathing can alter your nervous system state.  You can read more about that here…

I hope that this article helped you understand your nervous system a little bit more. 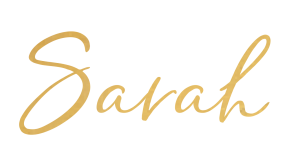 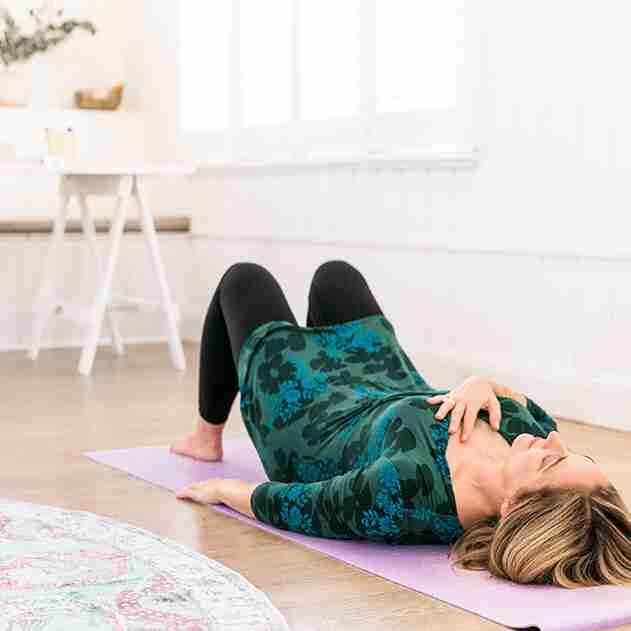 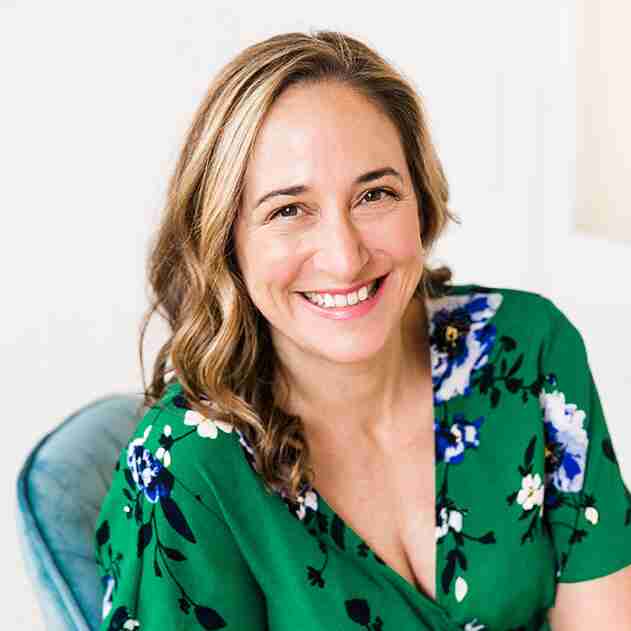 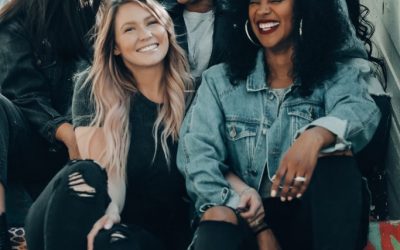 Feeling Lonely? Maybe you need a ‘Moai’   No, not the giant stone statues on Easter Island. A ‘Moai’ is also the name used in Okinawa, Japan for a small group of local friends with shared values and interests that you connect with regularly. The aim... 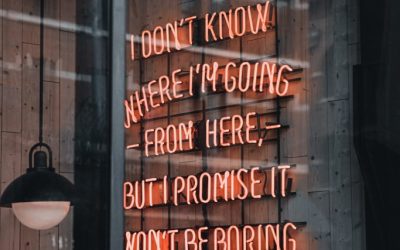 Why choosing an adventure mindset might make you happier 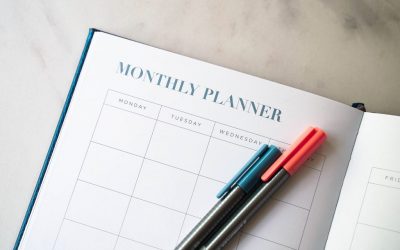 How often should I have a therapy session?

How often should I have a therapy session? Everything in nature has a rhythm. Day and night, our heartbeat, and the healing cycles in the body. So should therapy. People suffering from anxiety or depression need a space held for them. They need- and benefit from-... 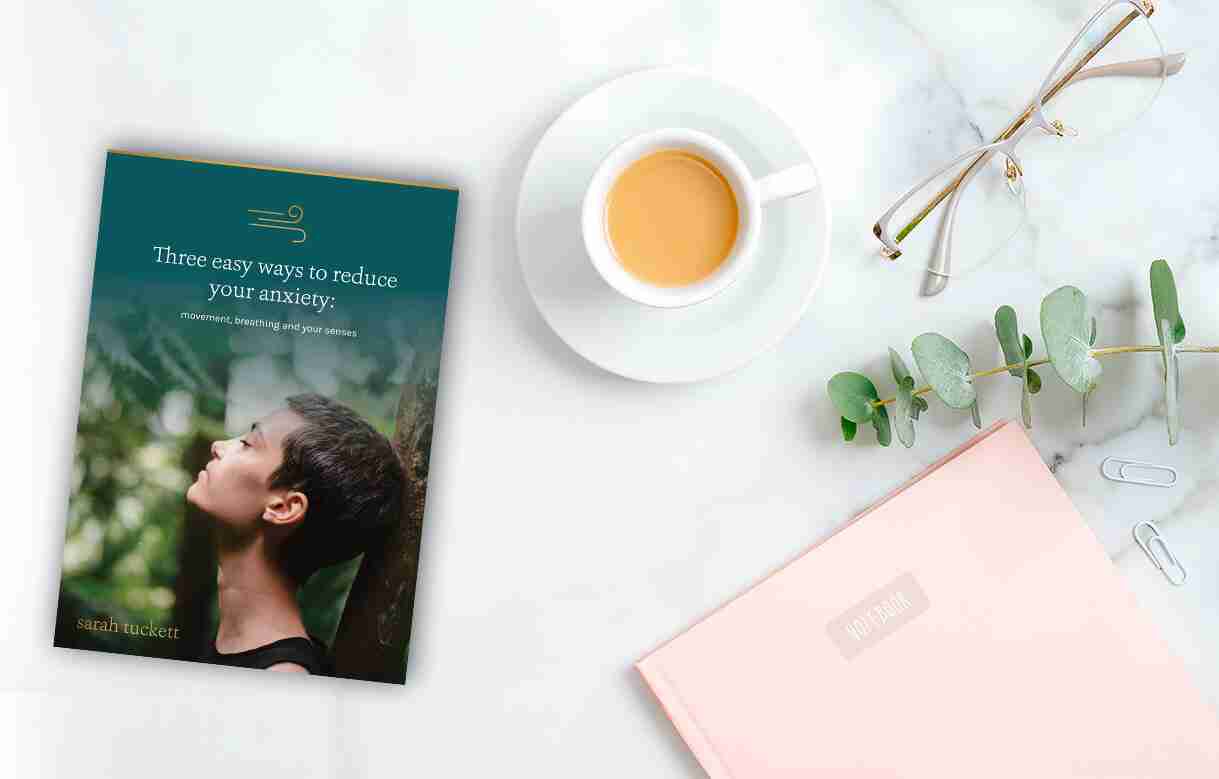